Kadishman and the Jewish Museum in Berlin 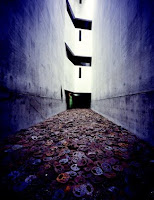 I first saw his work in the Jewish Museum (Berlin), one of the most upsetting places I ever visited. You can feel the anguish by just walking the corridor! I was told that the architect, Daniel Libeskind, designed it with that purpose in mind.
You have to be there and feel it. In the meantime, go to:
http://www.juedisches-museum-berlin.de/site/EN/01-Exhibitions/01-Permanent-Exhibition/permanentexhibition00-02.php
AND
http://kadishman.com/works/
Posted by Clara Pracana at 23:26 2 comments:

Email ThisBlogThis!Share to TwitterShare to FacebookShare to Pinterest
Labels: art and life

A survey of ageing populations: : A slow-burning fuse | The Economist

A survey of ageing populations: : A slow-burning fuse | The Economist

Posted by Clara Pracana at 22:51 No comments:

Posted by Clara Pracana at 17:47 No comments: 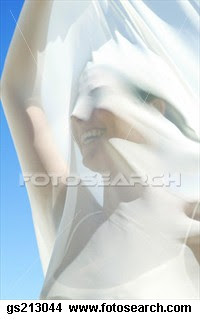 Fantasy, according to the complete and unabridged Collins Dictionary, means: imagination unrestricted by reality.
Interestingly, the word fantasy was spelled with a ph, its origins in the word 'phantom'.

It is more and more often the case that individuals confuse (ph)fantasy with reality. Fantasies are dangerous as they are often unconcious and hence, have unconcious influence over our behaviours. It is for this reason that fantasies are destructive. They have the capacity to haunt our minds and intefere with our realites just as if they were phantoms.
Posted by Helaine Almeida at 20:21 1 comment:

Anger is a signal and is worth listening to. Our anger may be a message that we are being hurt, that our rights are being violated, that our needs or wants are not being adequately met, or simply that something is not right. Our anger may tell us that we are not addressing an important emotional issue in our lives, or that too much of our self- our beliefs, values, desires, or ambitions - is being compromised in a relationship. Our anger may be a signal that we are doing more and giving more than we comfortably do or give. Or our anger may warn us that others are doing too much for us, at the expense of our own competence and growth!
Just as physical pain tells us to take our hand off the hot stove, the pain of our anger preserves the very integrity of our self. Our anger can motivate us to say 'no' to the ways in which we are defined by others and 'yes' to the dictate of our inner self.
The Dance of Anger
Posted by Helaine Almeida at 14:30 6 comments:

Email ThisBlogThis!Share to TwitterShare to FacebookShare to Pinterest
Labels: psychoanalysis

Sin of self-love possesseth all mine eye,
And all my soul, and all my every part;
And for this sin there is no remedy,
It is so grounded inward in my heart.
Sonnet 62:1-4

Perhaps we are able to glimpse a bit of irony here. Is it really a sin to love oneself? A healthy and solid narcissism must be grounded inward in the heart so as to carry out its functions properly before the tribulations of existence.
However, at the same time that that is true, one who looks at oneself too often is lost. Becoming consumed with envy and the constant need to outdo the rest.
comments, thoughts?
Posted by Helaine Almeida at 11:45 1 comment: 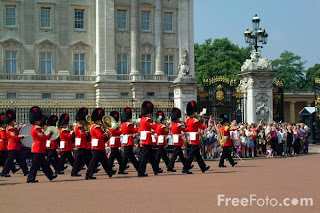 My post of the 10th June seems to have triggered a few interesting comments. And one of them came directly (via web of course) from London! Londoner also comments on Helaine's post about the Republic and on expats creativity.
Cheers!
Posted by Clara Pracana at 23:22 No comments: 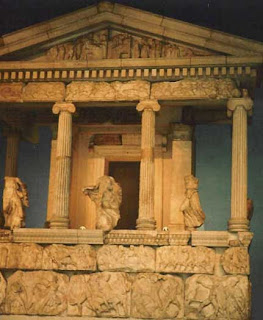 Have you never observed the mentality of those who spend all their time on physical education, to the exclusion of musical and poetic education?
Or those whose way of life is the opposite?
Savagery and hardness, in the one case. Weakness and gentleness, in the other.
I have noticed that those whose education is purely physical turn out more savage than they should.
Those who have only musical and moral education, on the other hand, do become softer than is good for them.
What is more, I said, the fierce element comes from the spirited part of their nature. Correctly brought up, it will be brave, but when it is developed to a higher pitch than is it necessary, it is likely to become harsh and unmanageable.
What about the gentle element? Isn't it a property of the wisdom/loving or philosophical nature? Undo relaxation makes it so soft, doesnt it, whereas the right upbringing makes it gentle and well behaved.
The soul of someone who is harmonized in this way is self disciplined and brave, isnt it? Whereas the soul of someone discordant is cowardly and uncivilized?
What about the person who puts a lot of effort into his physical training, and eats like a horse, but has nothing to do with music or philosophy? At first, because his body is in good shape, isnt he full of decision and spirit? Doesnt he become braver than before? But suppose that is all he does. Suppose he has no contact with the Muse. Even if he did have some love of learning in his soul, he gets no taste of learning or enquiry, and has no experience of rational argument or any artistic persuit. As a result, since he never wakes up and has nothing to feed on, and since there is nothing to purify its senses, it becomes weak and deaf, and blind, doesnt it?
Someone like this becomes an enemy of rational argument. He abandons any attempt at persuasion using rational argument, and does everything with savage violence, like a wild animal. He lives his life in ignorance and stupidity, without grace or rythm.
Comments, opinions?
Posted by Helaine Almeida at 20:34 2 comments:

Email ThisBlogThis!Share to TwitterShare to FacebookShare to Pinterest
Labels: philosphy 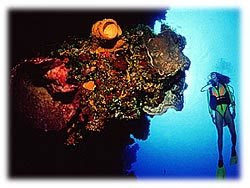 I'm moving from one apartment to another in Lisbon and it occurred to me that, besides being a very stressful ordeal (talking about stress again...) it's also an opportunity to rid ourselves of enormous quantities of ...things that we insist on carrying for years and years. Incredibly, I even found papers, etc that remained exactly in the same unopened bags since my previous moving. Like mummies in layers.
A friend of mine, who is emptying his old family house in the Azores, from where he comes, in order to sell it, used the following words to describe that painful process: "I must make thrash out of those memories and then get rid of it".
Perhaps we acquire and then keep too many things. We should make ourselves lighter. Old age may be that too: carrying an awfully heavy ballast to give the illusion of stability. It works in scuba diving - I'm not sure carrying all this weight around works in life.
Posted by Clara Pracana at 02:57 5 comments:

Email ThisBlogThis!Share to TwitterShare to FacebookShare to Pinterest
Labels: mind

There are two typical ways of managing anxiety. The first is an overtly reactive position, where much life energy (anger energy and/or worry energy) is focused on the other, in unsuccessful attempts to change or blame that person; th second is a covertly reactive one, where we avoid the experience of intensity by distancing from an individual or a particular issue. When these become ongoing rather than temporary ways of managing anxiety, we are bound to stay stalled.
What are your thoughts? Comments?
Posted by Helaine Almeida at 14:41 5 comments:

Email ThisBlogThis!Share to TwitterShare to FacebookShare to Pinterest
Labels: mind and relationships

I read a very interesting article in the Economist (www.economist.com) which by the way is one of the best journals there are.
According to a recent study, students who are either living abroad or had spent some time doing so are more creative and have better negotiating skills.
Apparently, there is a strong correlation between people living abroad and creativity., indicating that that, I quote, "it is something from the experience of living in foreign parts that helps foster creativity".
Expats in Portugal: what do you think?
Posted by Clara Pracana at 00:59 4 comments: